How I Got My Teen To Quit Fortnite 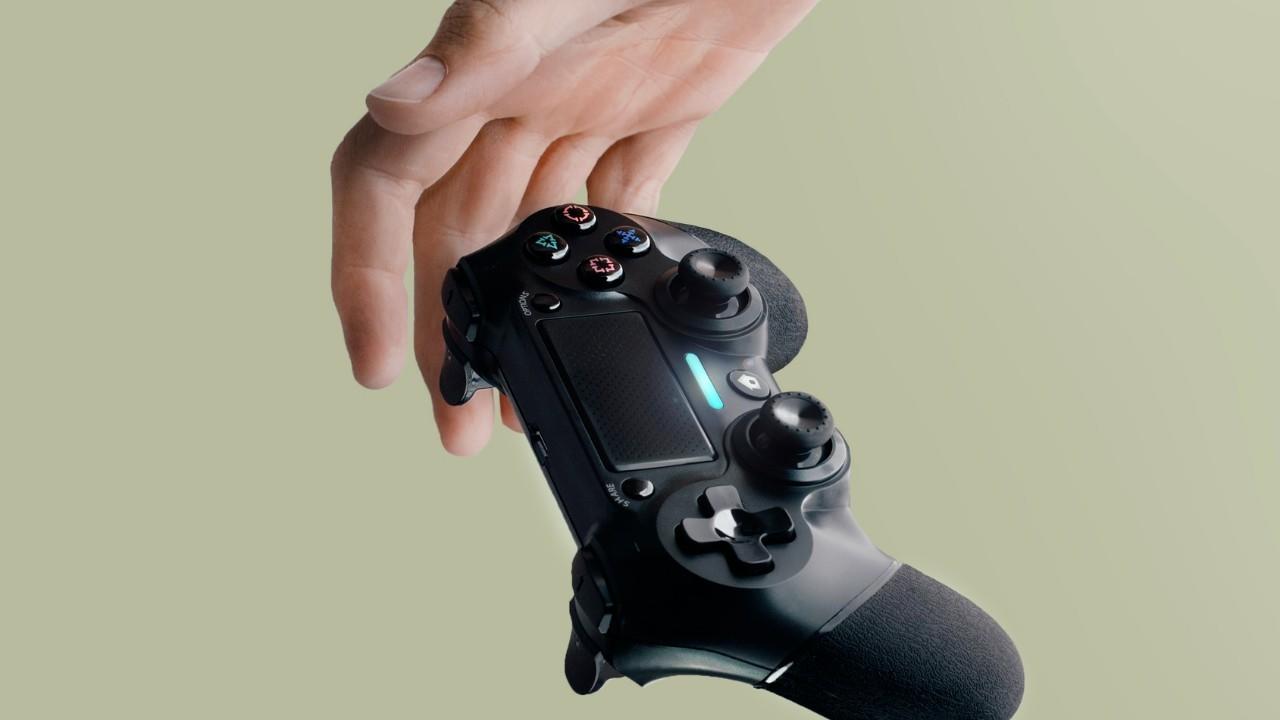 I was working in my home office when I heard the loud bang coming from my son’s room. It wasn’t the first time today either and I had gone in previously to see what was going on. I got up and hurried into his room and saw him unsuccessfully holding back tears and pointing at his tv. The bang came from him slamming his fist on his desk.

“What happened?” I asked and he responded with the same thing he did the last time I had asked him.

“Fucking hackers!” He was vibrating with so much anger that he couldn’t even look at me. He sat there staring at his screen. And in the next moment, he hit a button on his controller and immediately put himself in a cue to start another game. 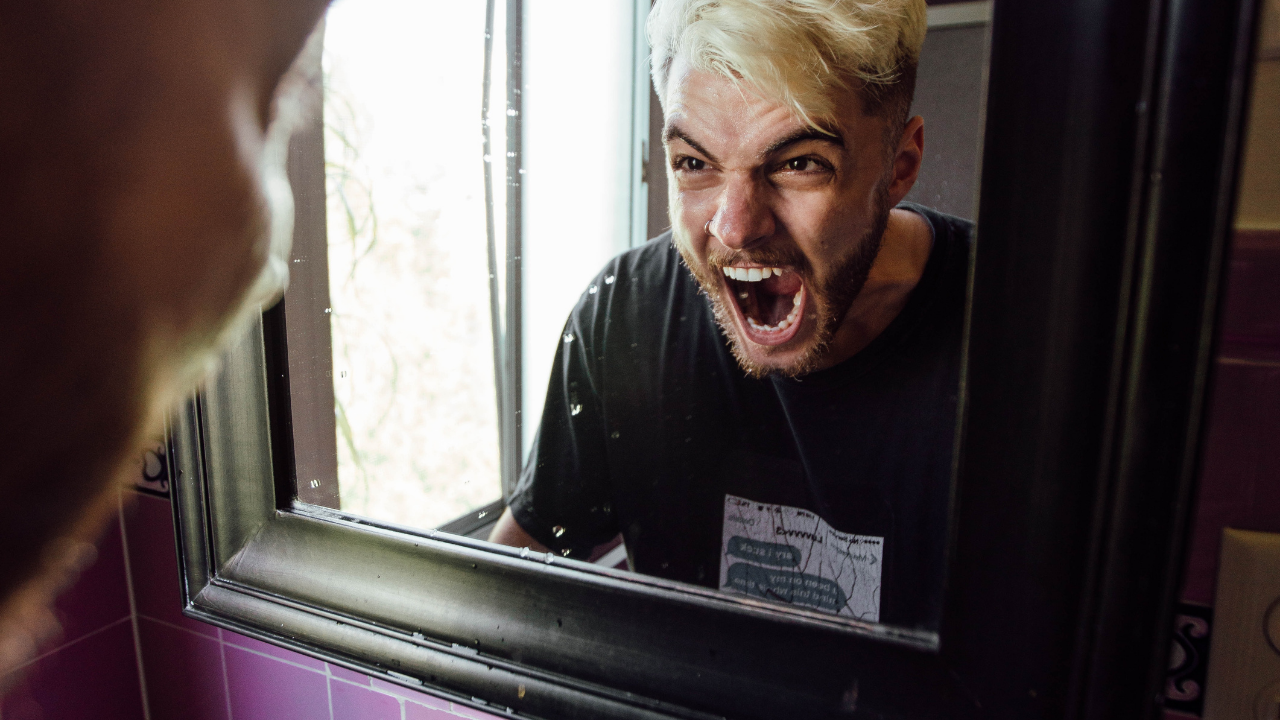 “I see you just started another game, let me grab my chair so that I can see for myself how bad the hackers are. I’d like to help you if I can.” I left his room to get my chair and while doing so, started to think about how I was going to help him.

You may not know it, but already,  there are so many subtleties in how I started to work with my son in this moment that would in time, pave the way for us to communicate.

All of this happened in a span of 5 seconds and my approach played a critical role for allowing me to be able to successfully communicate with my son during a time of perceived crisis for him.

It’s also important to mention that I never raised my voice at him, nor did I threaten to take his games away if he couldn’t behave properly. I knew that in this moment, he had no control of his emotions. In this moment, I was his ally, and I was here to help and in order for me to do so effectively, I needed to establish a path for us to communicate. 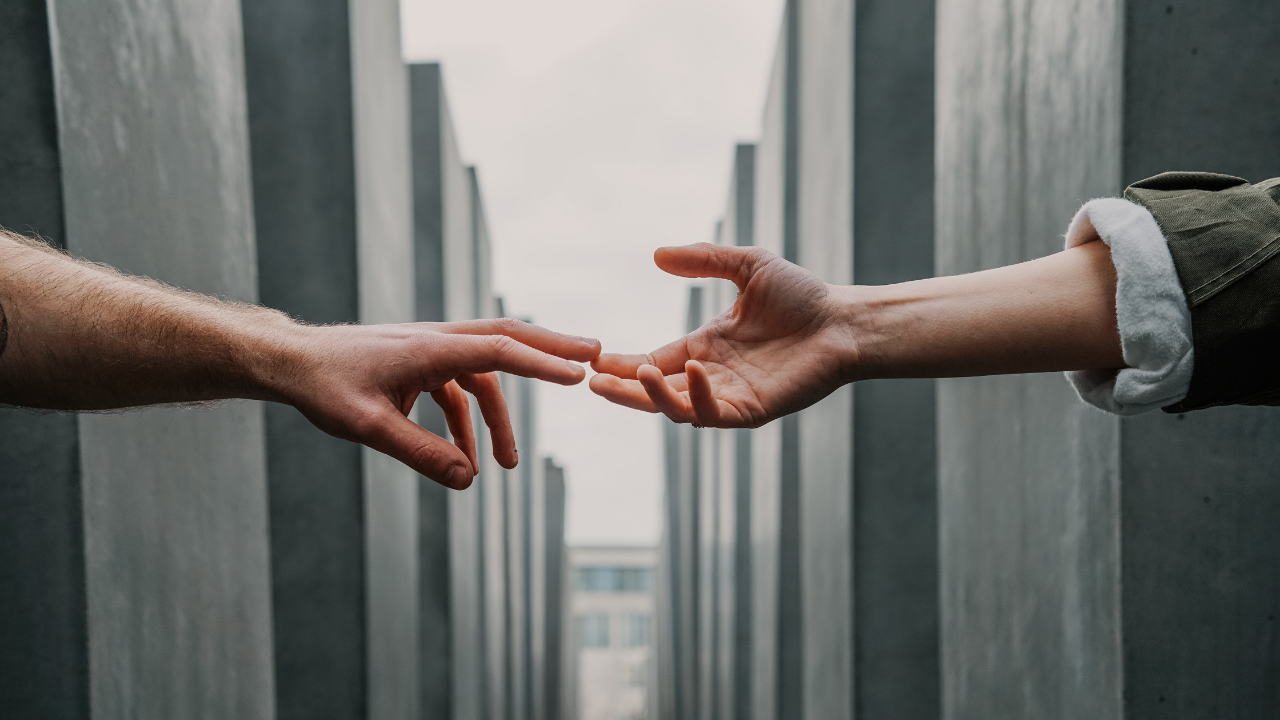 When I sat down beside him, I began by asking some indirect questions that weren’t directly related to the problem like “So what are you playing?” and, “What can you tell me about it?” Asking these questions allowed him to help regain control of his thinking and encouraged him to think about something other than what had originally got him upset.

The follow up questions were designed to help me gain further knowledge of the game he was playing, which was Fortnite, and were designed to reinforce his belief that I was an ally and not mad at his emotional explosion.

It didn’t take too long for him to stabilize after trust was established and when I felt we were ready, I then asked him our first important question which took him by surprise, “Is this game fun?”

He sat there staring at his tv some more, not sure how to respond. I sensed that he felt this was some form of a trap. He then began lashing out at the game about hackers and cheaters and aim bots  and such, his emotions were starting to rise again.

To maintain our carefully crafted alliance, I responded with, “I think it’s terrible that a developer would make a game that millions of kids play every day, and at the same time, not protect them from these aim bots, I think it’s terrible.” “They want our money, yet they do nothing to protect us from cheats and hackers.” “No wonder you get so mad, I probably would to.”

And with that, we were tied. I was not an angry parent; I was someone who understood how he feels. I then followed up with another question, “Are all of the games you play are online and are like Fortnight?” I knew the answer was no, but I was hoping that he could participate in coming up with some solutions.

I could see that he was struggling a bit because he could see where this was heading, to him eventually leaving Fortnite behind, a game that he was heavily emotionally invested in. I saw that he was beginning to struggle so I tried to guide his thinking with some of my own. I told him that when I played a video game, I would only play the ones that had elements which were very important for me. I would only play games that were offline, that didn’t rely on microtransactions, wasn’t competitive and had a story to it. It was no accident that everything that I mentioned, Fortnight was designed to promote the opposite.

Compassionately, I continued with my reasons. “I’m not a big fan of multiplayers because people have a way of ruining my experience. When I spend $80 on a game, I don’t want to be yelled at by complete strangers. I want to have fun which is why I play video games. When a game stops becoming fun, I ask myself why I’m still playing it? There are so many other things in the world that I would rather do than sit there yelling at, or being yelled at, by a tv screen because of an aim bot or because of some toxic player. Life is so much more interesting than this.” 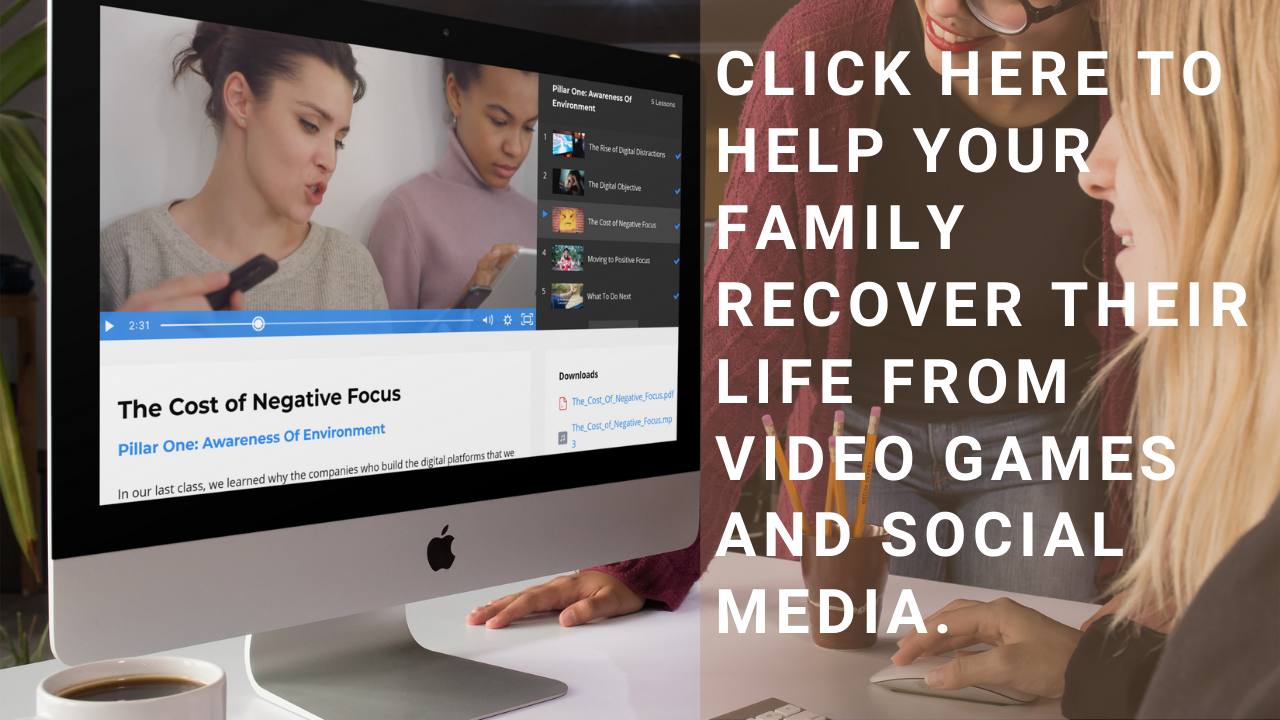 I had his complete attention, and he was listening to every single word that was being shared with him. I continued; “I know this game means a lot to you. Together we have spent money on it, you have some awesome skins, but if you’re no longer enjoying the game, then maybe it’s time we look at some other things to do instead? I don’t want to take it away from you either. I’m hoping that in time, you will be able to notice when something is beginning to make you feel anger or anxiety, that you will be able to quit it on your own before it becomes too late again.”

“Would you like me to help you find some new things to do? Are there any other free games that we can look at that might be better?”

“No.” he said, very quiet and obviously being very introspective.

“Well, I’m always here to help you buddy. I love seeing you happy and excited because I feel absolutely terrible when something makes you as mad as you were 10 minutes ago.”

I then proceeded to ask him if he would help me make us lunch before I got back to work. He said no which was ok. I then asked him, “So are you going to continue to play Fortnight or are you going to look for a different game to play?”

He said he wasn’t sure, so I told him that I was going to go ahead and make us lunch and I was happy to help if he needed me.

Over the month, he quickly began to lose interest in Fortnight and was starting to spend more time with other games that didn’t trigger his emotions to such a negative degree. Today he doesn’t play Fortnight at all.

The communication strategy that I used to help him eventually quit Fortnight by his own accord is called Collaborative Problem Solving or CPS for short. I learned how to use it about 15 years ago when we were looking for help to raise our son when he was younger. At the young age of 9, he was diagnosed with bipolar disorder, conduct disorder, oppositional defiance disorder, ADHD, and he had a speech/language disability. We were receiving help from many local organizations and CPS was possibly the greatest skill that I learned during this stressful time in my family’s life.

The other thing that helped us was video games. Today, I have a love/hate relationship with the industry but everything that I do now is dedicated to helping other families who are going through what I went through with my son. Video games are destroying our kid’s futures and is tearing families apart.

Today, my son is going back to high school for the first time in 3 years after quitting and from being homeschooled. He wants to be a respite worker because he remembers how they helped him when he was younger, and how they helped our family. He wants to give back to society and I couldn’t be prouder of him.

Now, remember at the beginning of this blogpost where I mentioned that I was writing about working at my desk while my son was gaming? I was in fact creating a program that would help my family break through our struggles so that we could eventually get back to living a better life. It was a program that I was creating for my two kids that was designed to teach them about the digital distractions that have come to take over our lives and to help them instead focus their attention on themselves so that they could discover who they were as individuals. 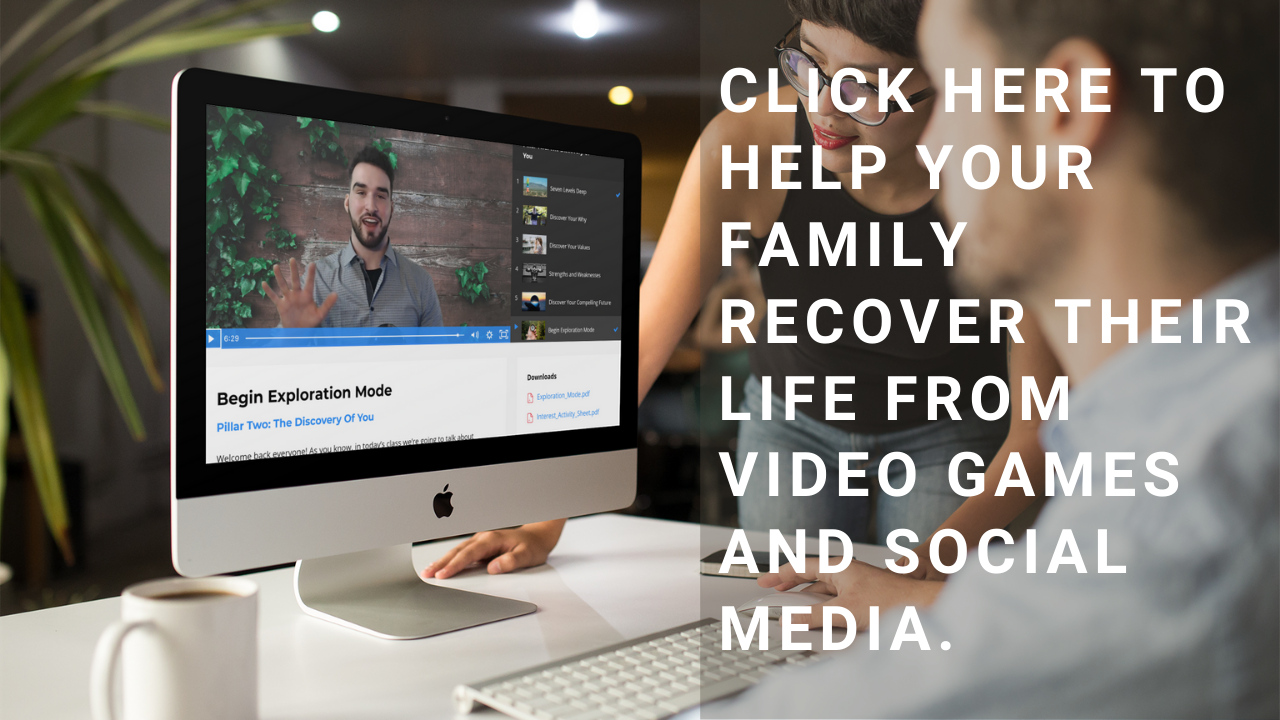 And once they had a better idea of who they are, then they could begin designing a life that was meant for them, a life that’s much more stimulating and exciting than video games could ever be. A life with a compelling future. And when your life suddenly has a compelling future, suddenly school becomes important. Suddenly grades begin to go up. Suddenly your kids begin to talk to you more about life and begin asking smarter questions.

My program was also meant to act like a blueprint for life for them as well. A blueprint that teaches people how to design a life that is unique to the individuals’ interests, strengths, and weaknesses. A blueprint that teaches critical thinking skills, teaches problem solving skills, teaches money mindset and management skills, and so much more. I created this program for them so that if anything should ever happen to me where I could not be there to help them with life, everything that I would ever want them to know could be found on their mobile phone. This online program I call Primed For Life and it’s my legacy for my children.

I created it for them, but now I want you to have it as well. Even though it’s a new program, I have helped over 20 people now and with their feedback, I have continued to make it better over time.

If you would like to learn more about my Primed For Life program, then click this link right here and discover if my program is right for you.

I also want you to know that I created a new Facebook group as well called Destroy Your Digital Addiction And Get Primed For Life. It’s here where I get to talk to many people looking for help and suggestions and I have some graduates from my program helping people out as well. We are a community of help and support and if you think you would like some of this for yourself, then please click this link here to join. I would love to hear your story! 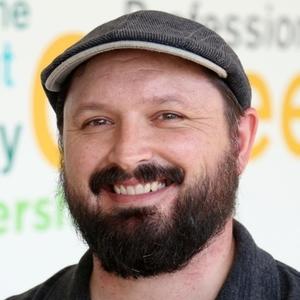 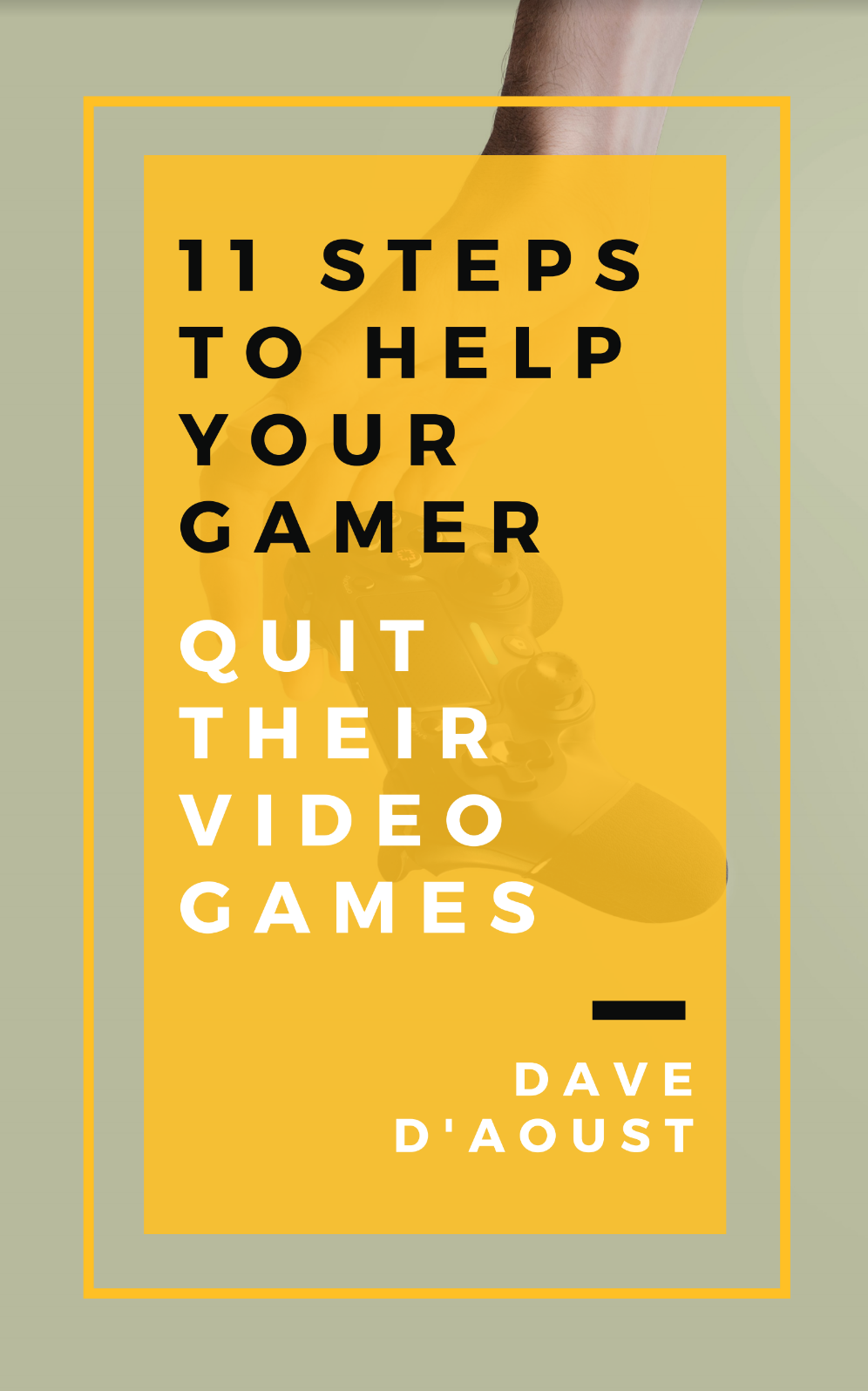